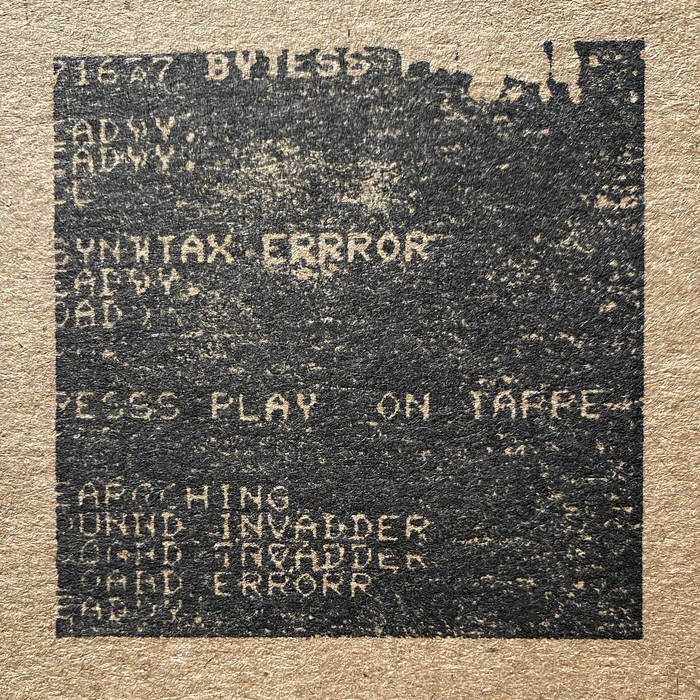 MOS-Man envisions an alternate timeline where the singularity happened in 1984, shortly after the popularization of 8-bit home computers. You are a media developer and hacktivist fighting the government and corporate interests that wield emerging AI technology. In its infancy, this rogue force is accidentally unleashed on the early internet and threatens to destroy civilization as we know it.

Datasette 1530 began as a search for synergies between vintage 8-bit synthesizers, and hackable lo-fi groove boxes. The project expanded into a conceptual mixed-media work spanning print, video, and audio with hints of a dystopian past superimposed over our own 80s and 90s. Hackers and activists battle against greedy corporations and a military-industrial complex. A data-bent video game-like world is your only interface to multiple other characters aligned by a common goal to fight technology's overreach and the destruction of our physical world.

The resulting sounds are a nod to Chiptune and Warp’s Artificial Intelligence complications of the early 90s. Atmospheric soundscapes and time slipped scattering beats are created as a counterpoint to tracker music of the time. There are no programmed patterns, only generative sequencing, and live improvisation using a mix of old and new lo-fi technology. A SidStation made from a computer sound chip from the 80s, calculator like Pocket Operators, and an Arduino synth, are all controlled by artificial life algorithms and human-in-the-loop interaction. It’s the soundtrack to a corrupted C64 game that never was.